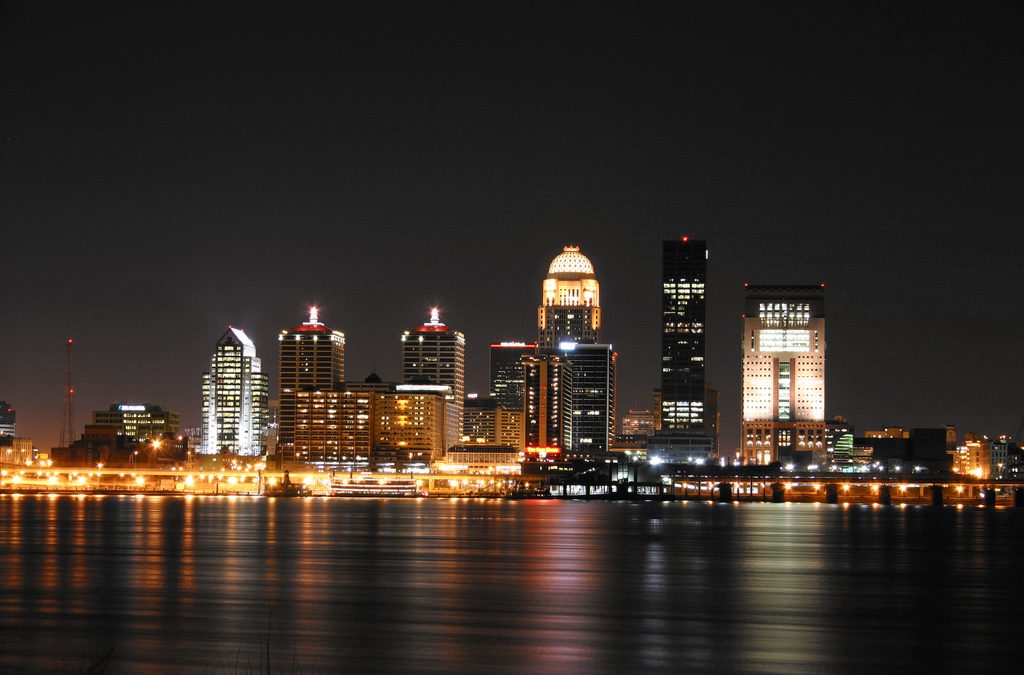 Louisville soon will be THE Startup City!  Steve Case, former CEO of AOL, said so in his fantastic new book called The Third Wave.  OK, so he didn’t exactly say that. However, he did say that Silicon Valley, Boston, and New York City will not remain the main startup hubs of the United States for long. He calls it The Rise of the Rest, and he predicts that cities like Louisville will become huge producers of startups in The Third Wave of the United States economy.

What is the Third Wave? The First Wave was the Agricultural Revolution. The Second Wave was the Industrial Revolution. The Third Wave is the Information Age, and we’re still in the early stages. Web 1.0 consisted of building static pages and websites. Web 2.0 included online stores and efficiency improvements such as Amazon.com. The Third Wave of the Information Age will be the connection of everyone, a dynamic sharing economy, and rapidly accelerating efficiency. Companies like Uber already are recreating how significant parts of the economy operate. EVERYTHING will be Uberized.

In addition, sensors will be placed in every device or product you can imagine. These sensors will be connected to the Internet. And, the amazing amount of information collected from these sensors will lead to endless business possibilities. Imagine, for example, that your “connected” contact lenses instantaneously scan the food you’re about to eat and tell you if the meal is within your calorie goals for the day. Your clothes have tiny micro sensors throughout, which track every conceivable detail about your health and fitness in real time. Your bathroom mirror scans your entire body for any signs of health concerns, immediately connects with your doctor and a vast database of healthcare knowledge, and suggests a remedy to correct the issue before it even comes close to becoming a problem.

This type of connectivity may sound scary to some people, but it’s on the way. To build a business with this kind of complexity sounds like way too much to ever consider. However, it won’t require someone to build the whole thing. Every business will be an interconnection of many smaller businesses that work together, all doing their small part. Building a businesses that fits into this jigsaw puzzle won’t necessarily require millions of dollars. For example, my daughter’s boyfriend and a couple other guys recently rigged a big rubber duck with sensors and cranked out some software that allows the duck to float around a lake and monitor all the environmental conditions in real time. (Apparently, the United Kingdom government already is in discussions to purchase the technology from them!) This type of technology could work in conjunction with all sorts of businesses and government projects to clean up streams, lakes, and oceans around the world.

Louisville has some strong densities of expertise to leverage. We’ve all heard people say that Louisville should take advantage of our logistics expertise, our restaurant expertise, and our healthcare expertise. Well, it’s time to get on it!

So let’s look at our excuses for why we currently are not a startup hub:

EXCUSE #1 – “We don’t have the talent like Silicon Valley.”
I mentioned in a previous blog that a prominent local leader recently told me “You can’t build a software as a service (SAS) company in Louisville. We’ve tried it, and it doesn’t work.” OK, that’s bullshit. I know a few Louisville businesses, such as Red e App, Rowdmap, and Blue222, who will be glad to tell you that YES, we can build a SAS company in Louisville! In addition, look at WordPress. WordPress employs over 400 people in 160 different countries. They hire people wherever they find the right people. The company is worth over $1 billion. I’ve got news for you, there’s a great system available to us right here in Louisville. It’s called THE INTERNET! Programmers on the Internet can work from anywhere.

Take your idea. Make a plan. Find the people you need to do the work (wherever they may be). And, make it happen!

EXCUSE #2 – “I can’t find the capital for my project.”
I discussed this issue in a previous blog, and I agree that this needs to be fixed. The small number of startup investors in this community can’t fund enough projects to make Louisville “THE Startup City.” Metro Startup Launcher is doing our best to fix this. We’re building a portal on the Metro Startup Launcher website and a step by step process that will allow our entire local population (1.3 million) to easily invest in startups. Obviously, not everyone can invest. But, if we could average $1,000 per person in the Louisville MSA every 5 years , we would pump $1.3 billion into our local startup scene every 5 years!

EXCUSE #3 – “Why should I invest in a startup if the company has to hire remote employees to find the talent? Isn’t that sending jobs somewhere else?”
Here’s a big secret we’re missing. The jobs are a short term issue. The WEALTH is what matters. Let’s say I start a company right here in the Louisville area. I receive 100% of my investments from local investors. I hire 10% of my employees in the Louisville area and 90% of my talent in other areas around the world. My company sells for $1 billion. Guess where that money goes: back into the Louisville area! Boom – we just significantly increased our local wealth! Then, if we keep putting that money back into local startups, more and more talent will come to Louisville, and more and more startups will start here.

EXCUSE #4 – “Why should I invest in a startup if 90% fail?”
Since 100% of our nation’s job growth has been from startups since 1977 (according to the Kauffman Foundation study), we must have startups to have job growth. Our local economy has to have startups. Remember, at one time, Humana was a startup. Papa Johns was a startup. Now they provide thousands of jobs and bring lots of talent to Louisville. Imagine if you had invested in them when they were a startup. You would have made a huge amount of money. Don’t invest your life savings. Invest a small percentage of your available investment capital in startups. Invest in startups you can understand that have a great leader and a great team. Don’t overanalyze the business plan. Believe me, even the best angel investors have a very difficult time picking the right startups.

So here’s the formula Louisville:

2. Get hundreds of startups started every year.

3. If 1 out of 10 startups produces a 20x return and the rest fail completely, we’ll return $2.6 billion to the community every 5 years. (We just doubled our money in 5 years!)

4. The more the world sees that Louisville is investing in startups, the more startup entrepreneurs will flock to Louisville.

5. Keep reinvesting and doubling our money every 5 years!

This is doable!  This is what we must do to become a more progressive, successful city.

This is how we make Louisville THE Startup City!