Why should you invest? 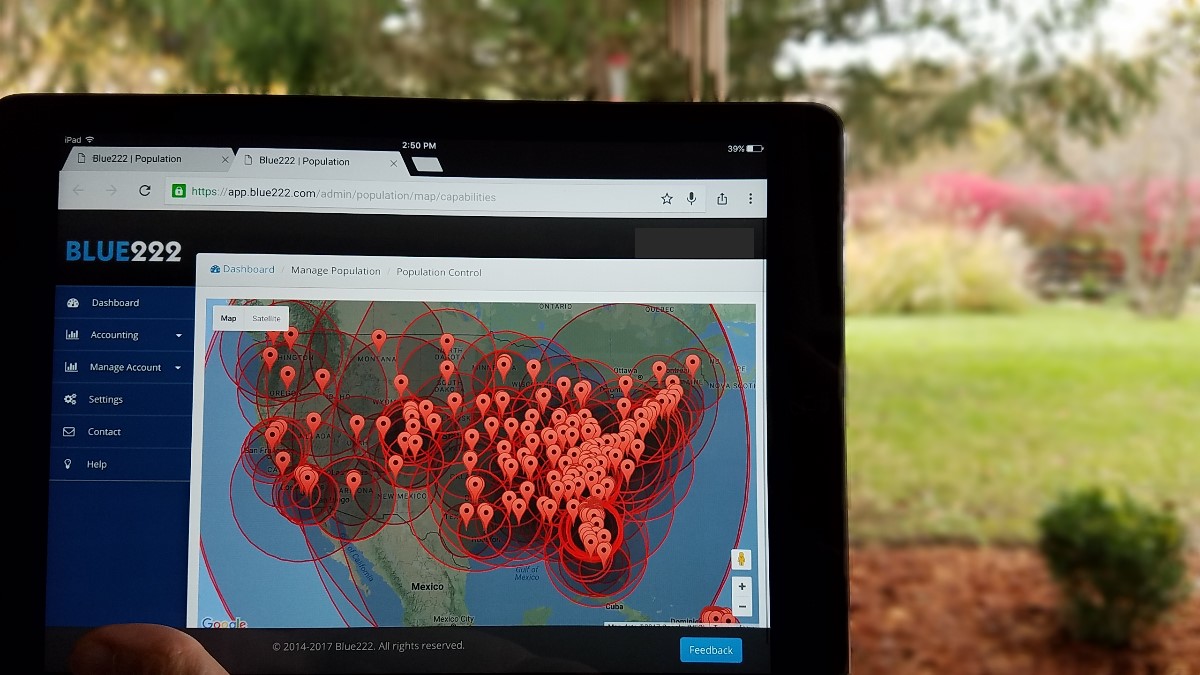 Airbnb created an app that makes it easy to connect people with a place to stay. Uber and Lyft created apps that make it easy for people to get a ride. Now Blue222 has built the only app that makes it easy for banks, real estate companies, and anyone else involved in real estate transactions to bid, hire, and schedule inspections of all types (appraisals, environmental inspections, property condition assessments, building inspections, and more). The Blue222 app is the first of its kind, and it works anywhere on the planet.

◾ Sharing Economy and Real Estate Tech are two of the fastest growing investment segments in the world. 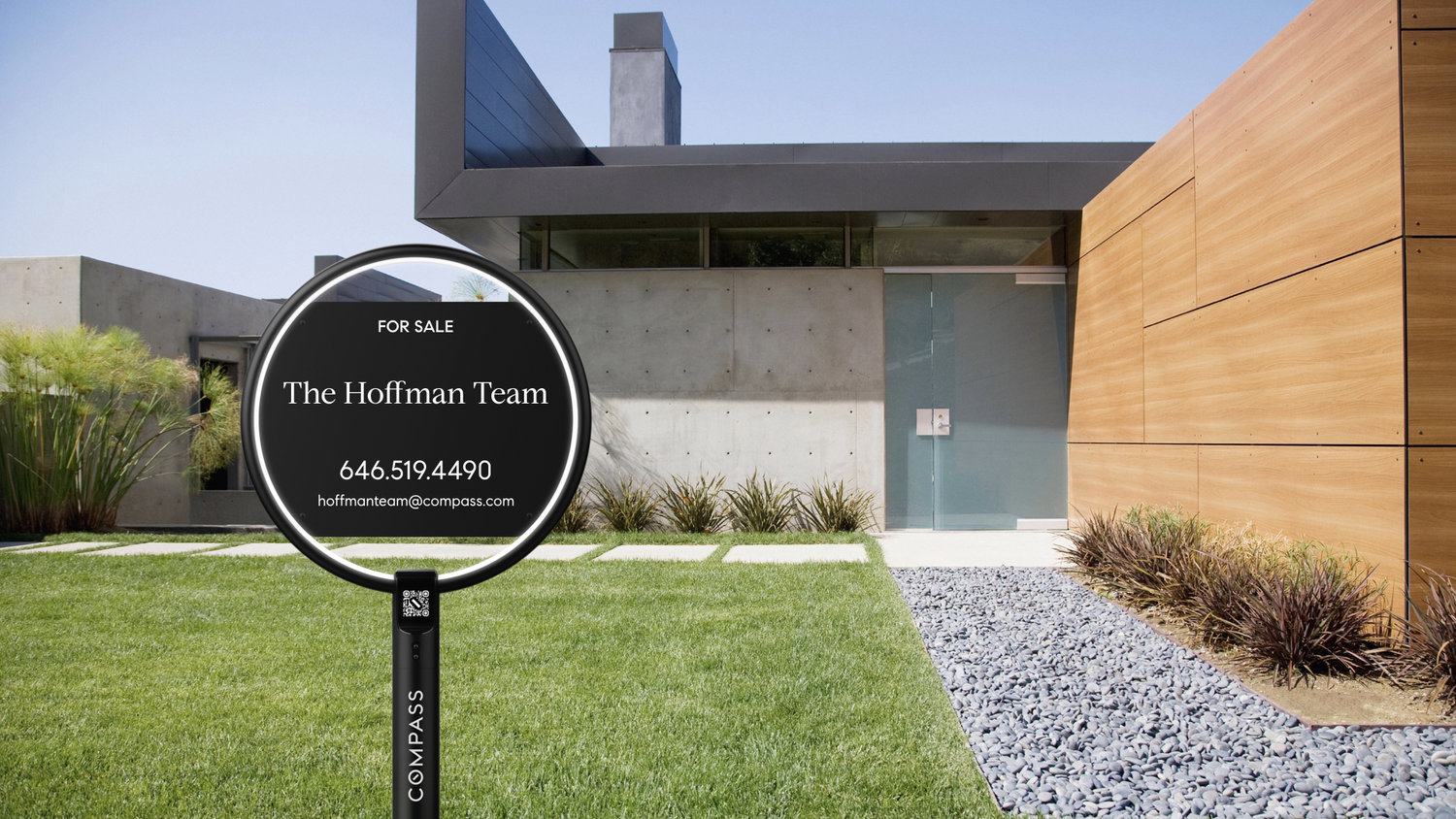 Show me the money!

One of the best ways to predict where the world is headed is to keep an eye on the largest VC investments. These investments not only follow the trends, they CREATE the trends.

As you can see from this article (https://pitchbook.com/news/articles/softbank-doubles-down-on-real-estate-tech-as-vc-interest-in-the-space-climbs) real estate technology is accelerating very quickly. This article discusses two investments by SoftBank’s $100 billion Vision Fund. Each investment was $400 million into new high-tech residential real estate platforms (Opendoor and Compass). Real estate tech investing started accelerating in 2014 and has continued to rise every year. In fact, investment in real estate tech companies globally hit $14 billion in the first half of 2019. That’s more than during all of 2017, which saw a record $12.7 billion in proptech investment, and a 309 percent increase from the first half of 2018, according to research firm CREtech.

Finding more efficient ways to make real estate deals happen is a wave that is rising fast and will continue for a long time. Blue222 is on that wave!

Another recent investment that caught our attention was a $185 million investment into a “sharing economy” company (https://www.businessinsider.com/alphabet-trucking-investment-convoy-2018-9). The investment came from Capital G (Google’s investment arm).

The company that received the investment is called Convoy. They’re “Uberizing” the business of long-haul trucking. The business is dominated by independent contractors, and it’s very inefficient. The industry is ripe for modern efficiencies of technology. If Google is investing that much money, it’s a pretty safe bet that the “sharing economy” is still a hot place to be! 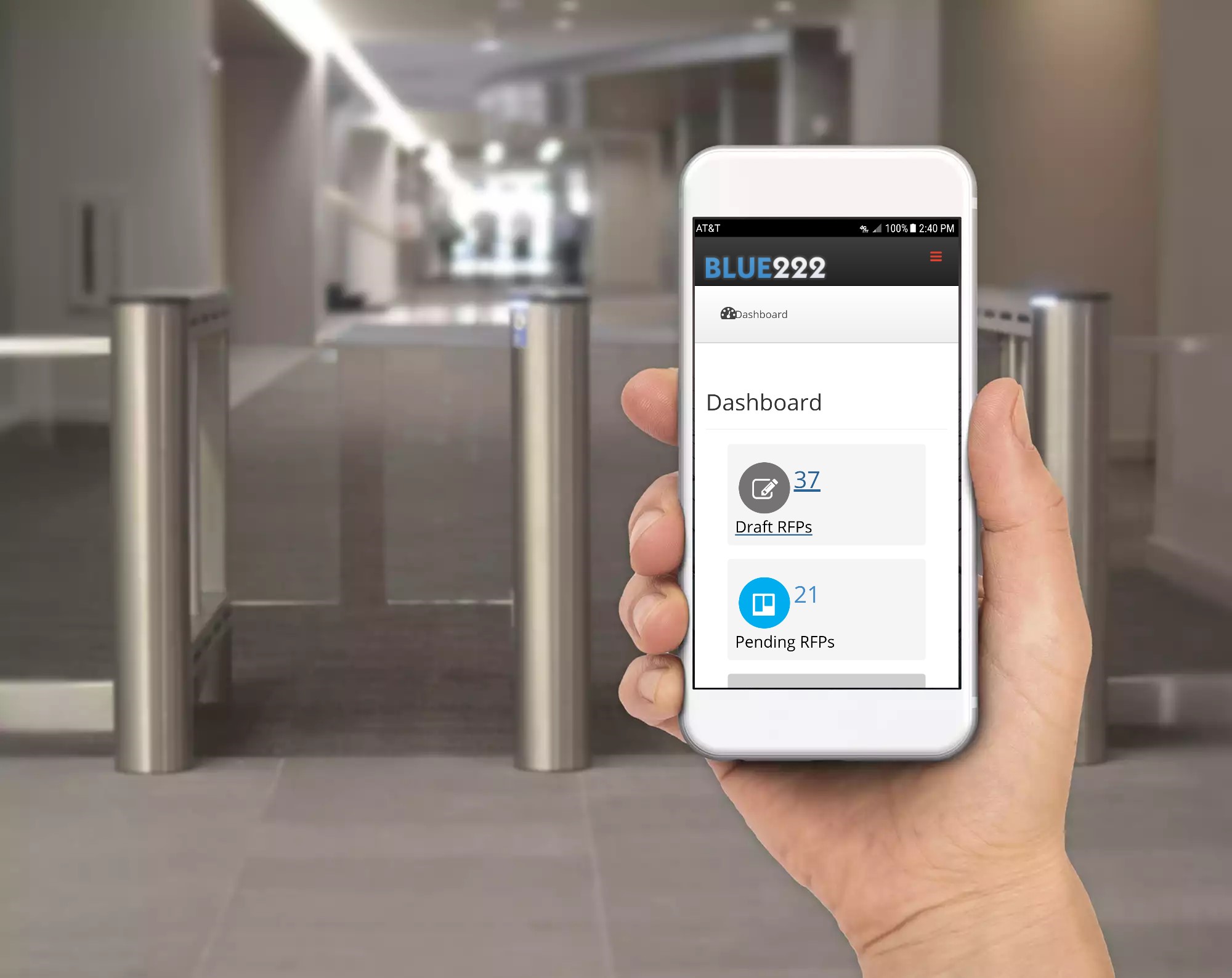 We are SO MUCH MORE than just a bidding app. As more and more people use the Blue222 system, the network effect becomes huge. Banks can use Blue222 to more efficiently manage their vendors. International real estate firms can find vendors wherever they need them. Small, one person real estate inspectors can connect to international work that they would never have found without Blue222. Appraisal management companies can use Blue222 to manage their entire business. Engineering and environmental consulting firms can create national and international businesses overnight.

As we build out APIs (software connections that talk to other systems), we will integrate with other software applications, make their workflows more efficient, and grow even more quickly. For example, if we allow the companies above (Opendoor and Compass) to connect to Blue222, they can offer their customers the ability to obtain fast and efficient appraisals and home inspections.

Finally, as we build artificial intelligence into the system, Blue222 will help these same customers learn and adapt automatically to their customer needs.

This is where Blue222 becomes extremely valuable to the entire real estate world!

How Does it Work? 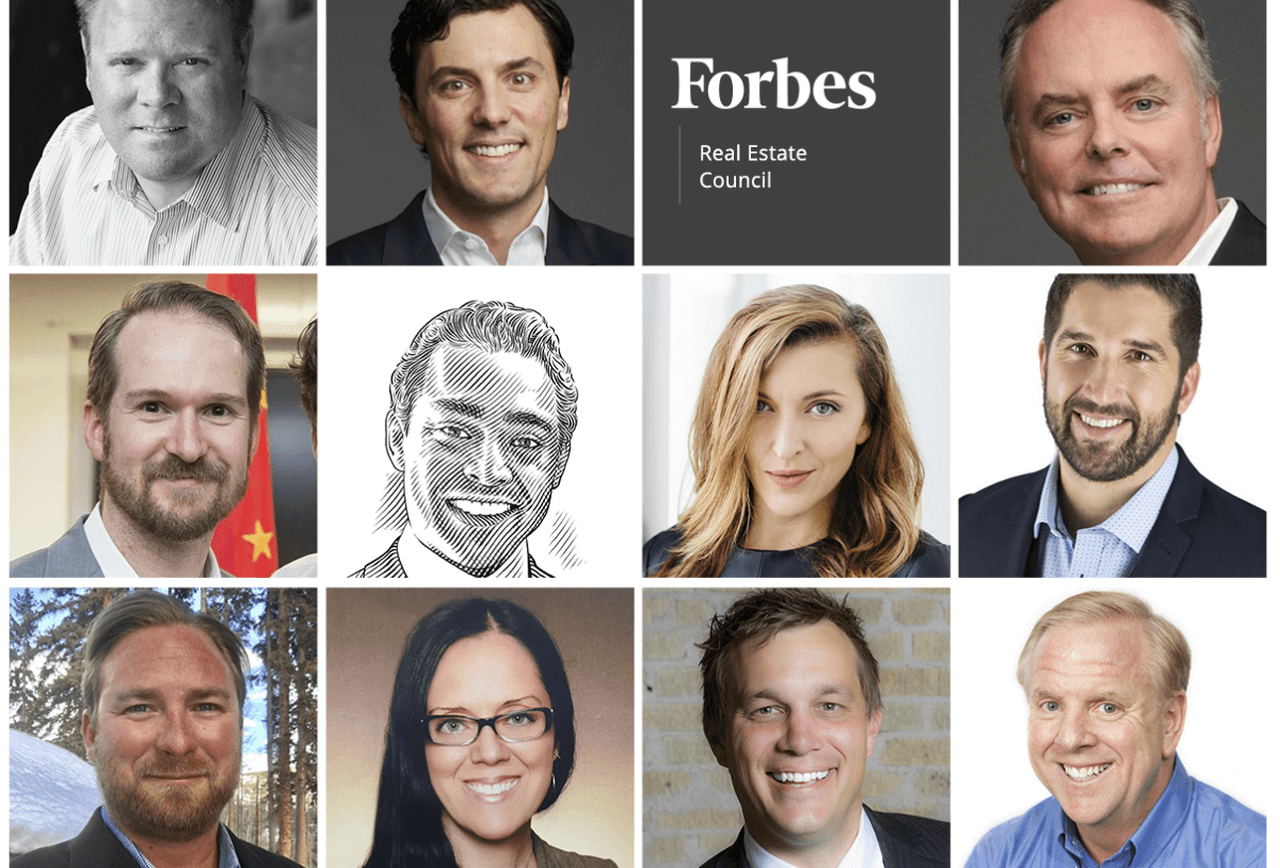 The Experts Are Predicting Blue222 Success!

Two recent articles paint a very clear picture of success for Blue222 – showing that we’re on the right track in many ways.

♦ a two-sided market for commercial real estate (CRE) services, and
♦ allowing small early investors to get involved before a sale or IPO of the company.

Connell McGill of the Forbes Real Estate Council posted an article titled “Unlocking The Two-Sided Market For Commercial Real Estate Services.” In this article, he discusses the two-sided market created by Uber. He states that “The two-sided market is genius in its simplicity. Companies like this exist to dynamically match a labor pool with those who need their services. Built on the back of another major technological revolution, the smartphone, companies were able to use data and transparency to transform how the world gets around.”

In this article, he specifically talks about two-sided markets for building services such as boiler repair. Using an Uber-style system in this market would allow building owners to quickly engage services for repairs and document every action in the same way that Uber tracks many details of each ride.

We’ve been saying this for a while, and the rest of the world is beginning to agree. This recent Entrepreneur magazine article (https://www.entrepreneur.com/article/335932) sums up the way the world is moving with fast growth companies.

Silicon Valley is aware of this, and they’re looking for ideas all over the country and the world. 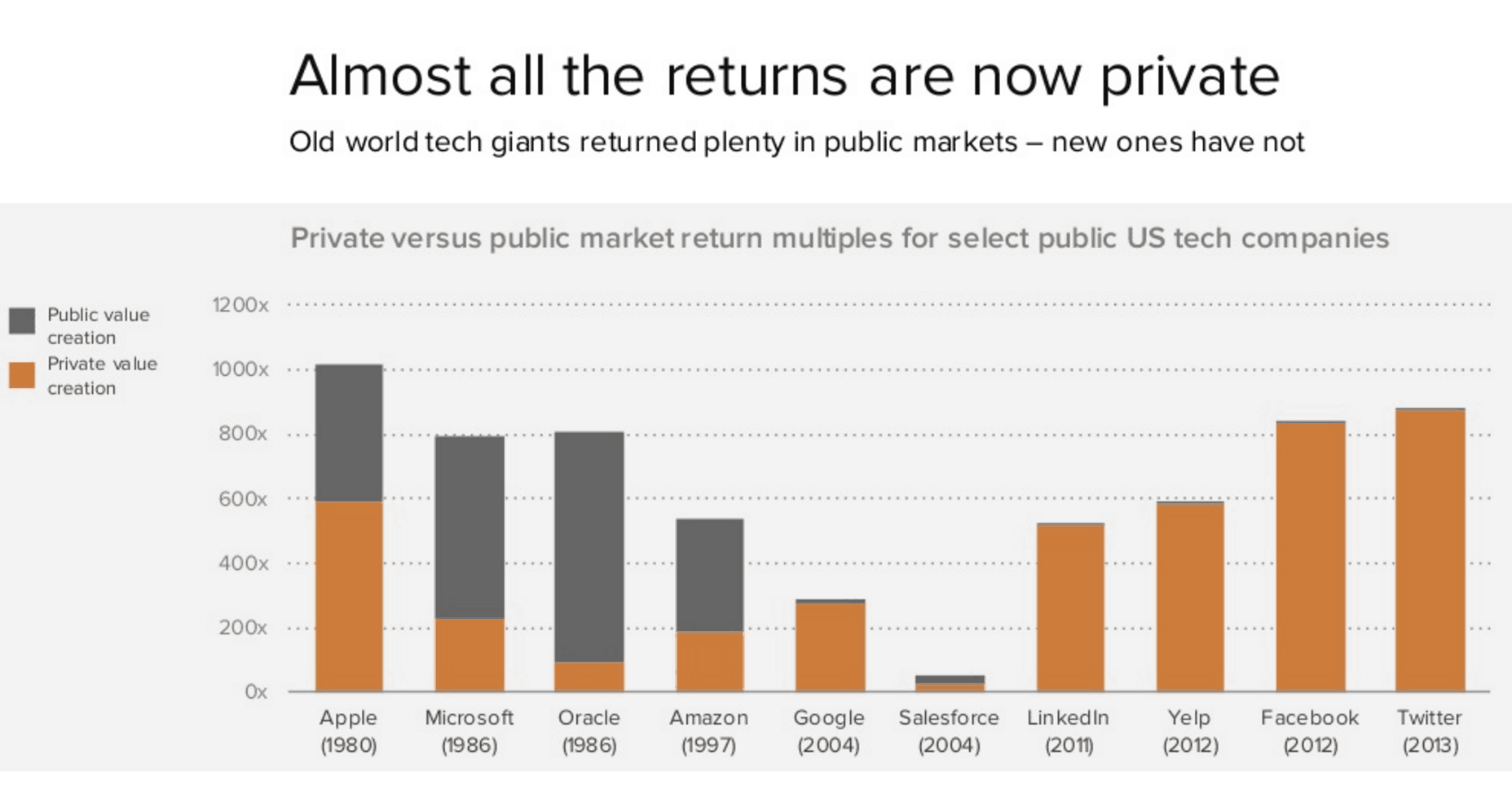 Did you know that almost all investment returns are now private?

Venture capital and private equity are waiting longer to IPO.

Venture capital and private equity firms have lots of cash. Since they have lots of cash, they are squeezing every bit of upside out of their investments as they can. They keep a company private as long as possible, providing all the investment capital needed for the companies to grow. Then, when the company completes its IPO, the VCs and private equity firms cash out all of their profits and move on.

Where does that leave the individual investor?

These days, when fast growth tech companies sell or become a public company, allowing individuals to invest, the profits already have been squeezed out. Recent IPOs like Uber are a great example. Uber’s IPO stock price was $45 per share and immediately dropped to $40. On the day that this sentence was written, it trades at $30.93 per share. So, if you invested post-IPO, you have LOST over 30% of your investment.

Guess how much the early angel investors in Uber made? They returned 18,500 times their investment!

How can the individual invest?

When a company, like Blue222, has a world-changing concept, a huge market (the market for real estate inspections worldwide is around $127 billion), a great management team, and the knowledge to utilize the SEC changes, you should jump at the chance to invest.

Crowdfund Insider is a publication that tracks the growth of all types of crowdfunding – worldwide. Equity crowdfunding only recently became legal, and it’s growing at a rapid pace. Europe has been especially successful in its implementation.

Crowdfund Insider recently posted an article titled “Unicorn Beyond Meat IPO’ed Raising $240 Million But OurCrowd Investors Had Chance to Invest Before NASDAQ Listing.” OurCrowd is a very successful Israel-based crowdfunding platform. They allowed early investors in a company called Beyond Meat Inc. to invest very small amounts, early in the game. Beyond Meat Inc. (NASDAQ:BYND) just completed an initial public offering (IPO) raising approximately $240 million on a valuation of $1.5 billion at $25/share. Once listed on NASDAQ, Beyond Meat jumped far beyond its initial pricing quickly rising in value topping $3.8 billion at over $66/share. The early crowdfund investors did VERY well!

Now is the time!

This is EXACTLY what we’re shooting for with our early investors. We’ve raised enough capital to get a nice start with Blue222, and now we’re bringing in a larger investor from Michigan. They’re starting with $2 million and then investing up to $10 million so Blue222 can become THE two-sided market for real estate services. After that, we’ll move toward a sale of the company, IPO, or other liquidity vehicles for our shareholders.

We’re slowly but surely finalizing the first $2 million, but you still have the opportunity now to invest as little as $1,000 (accredited investors only). After the Michigan firm invests, individual investors may be locked out, and, if not, the valuation most certainly will be much higher.

Invest now, so you can get in on the private equity returns before it’s too late!

If you need more info you can connect with Blue222 CEO, Alan Grosheider: