How to make crazy profits on investments like Airbnb? 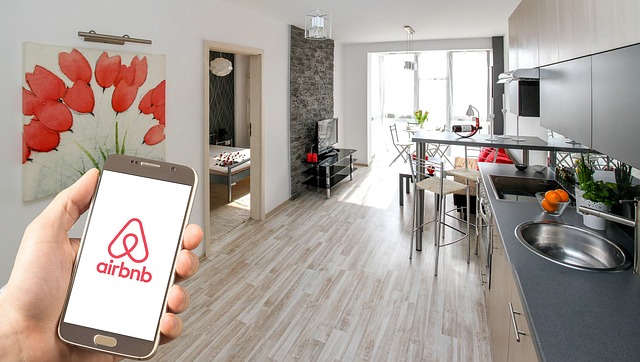 Why is it that regular people don’t get to invest early in companies like Airbnb? Did anyone ask you if you wanted to invest in Google or Uber when they first got started? Would you have invested? How do these examples apply in any way to the Louisville area?

Many people turned down the chance to invest in Airbnb. The company was started by two guys, Brian Chesky and Joe Gebbia, who couldn’t afford to pay their rent in San Francisco. They decided to build a website to see if they could rent out space on an air mattress in their apartment to people who were coming to town for a design conference. Their first booking scored $35. Thinking that they may be onto something, they found a friend who knew something about designing websites, and they began to actually pursue building a business.

Early investors had doubts about the company. Brian and Joe were not tech guys. They were designers. They knew how to make a pretty website, but that’s about it. They knew nothing about functional design or business. The tech-heavy investors in the area thought the idea was crazy. Who would want to rent out a room in their house?  Who would want to stay in someone else’s house? What if someone gets killed while staying in an Airbnb rental?

Eventually, Y-Combinator took a chance, invested $20,000 for 6% of the company, and accepted them into their accelerator program. With that small amount of funding, they were able to show that they could, in fact, rent rooms. Venture capital investors began to jump on board, and the company now is worth $31 billion. Y-Combinator’s stake now is estimated to be worth about $890 million, more than a 44,000x return on their $20,000!

So, how does this apply to our area? Several ways:

We MUST begin to try crazy ideas. As we’ve worked to build Metro Startup Launcher, I’ve had several people tell me: “We don’t need more capital for startups. The good startups get the capital they need.” I don’t agree with this. In the Louisville area, it is highly unlikely that Airbnb would have received the initial $20,000 that allowed them to begin to validate their concept. The idea was “too crazy.” The idea behind Uber was crazy. The idea behind ______ (fill in the blank) was crazy. Get the point? We have to try crazy ideas, and some will fail. We have to have many more failures, or we won’t get the home runs.

We MUST help startups get capital at the crazy idea stage. Another point I’ve heard from local investors is: “Why would I invest in a startup until they have proven their idea?” The Airbnb story explains the answer to this question. Because a small amount of startup capital may help a crazy idea blossom into an idea that actually works.

We MUST crowdfund these crazy ideas from the start. I don’t want to invest $50,000 in a crazy idea. Do you? When I start a company, I invest everything I can into it. I go all in. But, if it’s someone else’s startup, I probably won’t invest $50,000. However, I would invest $100 or $1,000 on multiple startups, and I bet you would too. Startups around here often are encouraged to take minimum investments of $50,000. They are told that venture capital firms won’t invest in their startup, if they have a lot of small investors. This leads to a huge problem.  When those startups run out of $50,000 investors, they start to look outside of Louisville. Often, the best companies end up getting large out of town investors and moving to other cities. (Look up a company called Rubicon Global, if you want a good example of a company that started in Louisville and moved to Atlanta for investment capital. Rubicon now is worth $500 million.)  If we get lots and lots of local people investing in startups, we can solve this problem and keep the best companies here in town.

We MUST get lots of people to invest small amounts in lots of startups to increase investor profits. Imagine if you had invested $100 in Airbnb at the very beginning, and you also invested $100 in 49 other startups. You would have invested $5,000 of your cash. Let’s say all the other investments crashed and burned, and you got $0 back. However, your $100 Airbnb investment returned 20,000 times what you put in. You just made a $1,995,000 profit on $5,000 of investments. Your total return was 399 times your $5,000 investment. THAT IS WORTH THE RISK!

We’re on our way. Help us make it happen!